Resources are available with the latest information on the status of our tourism and hospitality industry. 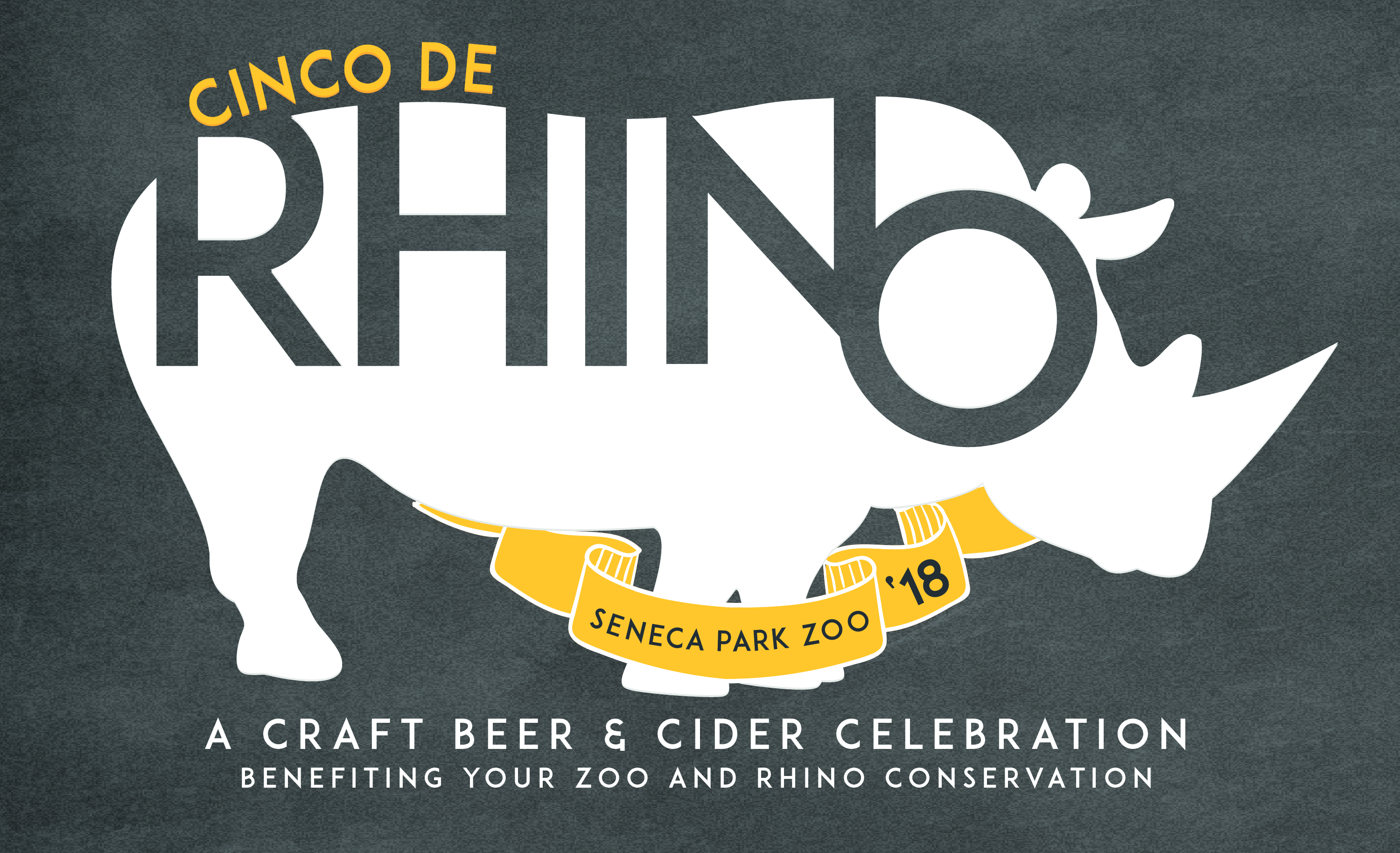 On Saturday, May 5, Seneca Park Zoo Society will host its 21-and-over fundraising event, Cinco de Rhino. Now in its third year, Cinco de Rhino is a unique celebration of craft beer and cider all in the name of rhino conservation. Over a dozen national craft breweries and cider distilleries will be on Zoo grounds offering tastings.

Tickets include unlimited beer and cider tastings, a commemorative tasting glass, light appetizers, animal experiences including a rhino keeper chat, and live music by Jim E Leggs Trio. Additionally, themed foods like a “Mexico meets Africa plate” will be available for purchase from Eagle’s Landing Cafe from 5:30 – 8:30 p.m. Guests can also enter to win prizes throughout the night, including a behind-the-scenes meet-and-greet with the Zoo’s southern white rhinoceros.

A portion of proceeds from this event will go to the International Rhino Foundation, a non-profit organization working to protect the world’s rhinos through conservation and research. In their natural range, rhinos are primarily threatened by illegal poaching for their horns and habitat destruction.

“Cinco de Rhino is the great opportunity to help save rhinos in natural range, all while enjoying your favorite craft beer or cider, trying new ones, and meeting the people behind the brews,” says Zoo Society President and CEO, Pamela Reed Sanchez. “Skip the crowded bars and tequila, and feel good knowing that you’re making a difference for this threatened species.”

Tickets are $35 in advance or $40 on the day of the event. Must be 21 or older to attend. Purchase tickets at  senecaparkzoo.org/cinco.